Two long-lost brothers. A desperate mother. Cops and mafia in an ultimate game of cat and mouse. But in this game, nothing is as it seems. Bad is good, and good is bad. Your friend is your enemy, and your enemy could be your...brother. And when secrets are uncovered and deep emotional wounds are jabbed, the brothers are brought to their knees again and again, revealing soft hearts and raw souls.

Cops and mafia? Ehhh. Not generally my cup of tea. But I loved Cagatay (Chah-tie) in Medcezir, and so many people had raved about Icerde, I thought I'd give it a try.

Yes, Icerde is about cops and mafia, but that's just the surface plot. The series is really about gut-wrenching EMOTIONS—hopes, fears, grief, love, and longing as two brothers are continually forced to choose between their current families, the women they love, and the 'real' family they seek.

So what made me love this series so much that it currently stands as my #1 favorite Turkish Drama, despite the fact that romance is a secondary theme?

Here's what I loved about Icerede:

The writers hit a home run with a dizzyingly complex story that turns in on itself with emotionally explosive relationships among all the core characters.

The premise not only pits heroes Sarp and Mert against each other, but also pits their desires in direct opposition to the desires of the people they love the most.

•Sarp, played by Cagatay Ulusoy, must break his mother's heart to bring down the mafia boss who ruined his father and stole his little brother, while battling Mert, who undermines his every move. Did I mention he's also falling for said mafia boss' daughter, Melek?

•Mert, played by Aras Bulut Iynemli, must choose between Celal, the man who rescued him from the streets, and his adopted mother and girlfriend who hate Celal and also happen to be Sarp's family.

Yes.... It's complicated.... But these opposing interests drive the conflict and force both heroes to continually make heart-wrenching choices. No matter what Sarp or Mert choose, he'll either hurt himself or a loved one. And the high stakes make both willing to take reckless, unpredictable chances. Needless to say, my heart was twisted into knots, and I couldn't wait to see what would happen next in each of the 39 episodes. 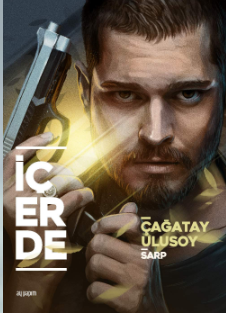 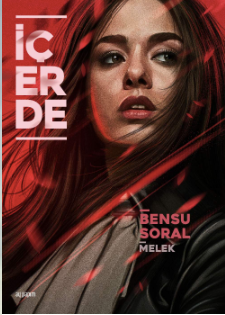 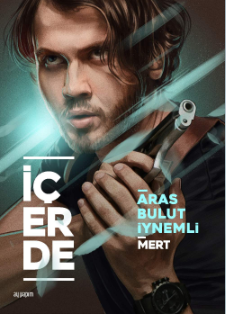 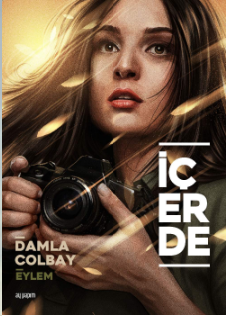 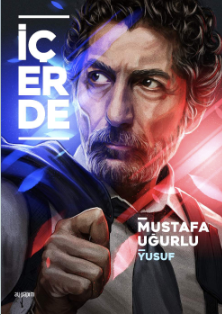 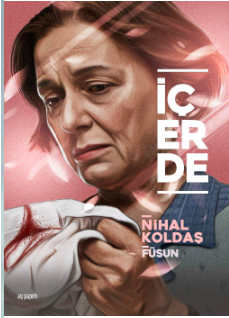 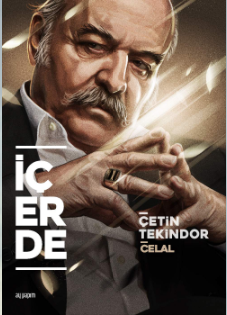 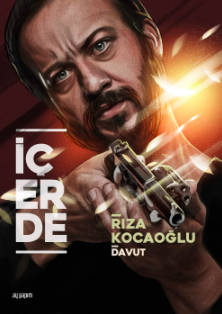 •Cagatay Ulusoy as Sarp, was outstanding. The writers gave Sarp a passionate personality which granted Cagatay license to display a full spectrum of emotions—rage, despair, cockiness, tenacity, intensity, tenderness, pain, and grief. And he played them all extremely well. Cagatay effectively used facial expressions, body language, and voice tone to bring Sarp to life and create a multi-dimensional character that felt very real.

•Other performances that caught my attention

-Fusan, Sarp's mother (Nihal Koldas): She is the perfect combination of sweet, loving momma, but also fearless and tough as nails.

-Yusuf, the Police commissioner (Mustafa Ugurlu): He has an intensity about him that whenever he was in a scene, I was instantly more interested.

-Yesim, wife of the mafia boss (Gözde Kansu): She wasn't a chore character, but in several scenes, I thought her acting was noteworthy.

-Mert, the second protagonist (Aras Bulut Iynemli): He wasn't a particular standout for me, but many feel that he stole the show and outshined Cagatay.

•Police Commissioner and Sarp: Yusuf, Sarp's boss, provided wisdom, comfort, and sometimes a slap of sense to a passionate young Sarp in a very genuine feeling father/son relationship. This short clip is a good example of their relationship and Yusuf's intensity.

•Mert and Melek: The vibe between the “siblings” felt natural as well. Their bond, forged in a tragic shared childhood, was very convincing.

Director Uluç Bayraktar did an outstanding job staging scenes to maximize emotional impact. This clip is a good example. The little boy does one thing that tugs my heartstrings every time I watch. Have a look.

The soundtrack by Toygar Isikli compounded the emotional impact of the on-screen drama. The music fit the show's moods but wasn't intrusive, so I wasn't sick of it by the end of the series. The haunting melody of “Umut” (background music in previous clip) still moves me every time I hear it. I liked several of the tracks enough that I added them to my Turkish Drama Spotify playlist—meaning I'll listen even after hearing them for some 80 hours...

I don't usually notice camera angles, but the composition of several shots caught my attention as being out of the the ordinary and particularly effective.

I've never seen a movie or series where the fight scenes stood out as exceptional. But they did in Icerde. The fight scenes included unique elements that made them fresh and interesting.

Two fights in particular stand out:

-One in a parking garage where the fight goes in, over, and through the cars, and concludes with reflections in a puddle that give a unique perspective of the action.

-The other fight is a rooftop face-off among a maze of drying bedsheets that lasts a full 15 minutes. The alternating action, slow motion, and flashbacks, layered against a backdrop of ethereal music, creates a powerful scene. It also symbolizes the brothers' past and present while poignantly underscoring the tragic irony of their situation. (Watch a few minutes of it here. Start at :35)

Sarp and Mert each had their own storyline, but they're so intertwined, they're essentially one story. This allowed the writers to fill each two-hour episode with "grade A," primary-story content. With no filler scenes or subplots, I was never tempted to skip scenes. (Ok, I admit, I did watch scenes featuring a certain mobster on 2x the speed).

I'm not a car connoisseur, but Sarp's classic Mustang is SHARP! It fits his character too.

The premise was brilliant, but writers overlooked a pretty big plot hole. If the police had been following the mafia boss for years, they'd certainly know about the mob boss' son. [I'll leave it at that to avoid giving away spoilers.]

•Alyanak, one of the mobsters and his sidekick were sort of nincompoops, and I found scenes with them slow. (Those are the ones I watched at double speed.)

•The mafia boss was a major character played by Çetin Tekindor, but I didn't feel like he oozed evil on par with the dastardly deeds he was responsible for. I loved Tekindor as the wise patriarch of Karadayi, but despite his shouting and posturing in this series, I wasn't feeling him as a villain.

-Love relationships with no foundation:

Unfortunately, love relationships with no foundation is a common problem in Turkish Dramas. In Icerde, both Mert and Sarp find love, but neither relationship is developed. The couples spend time together, but we don't see the couples moving from 'Nice to meet you, to You're pretty cool, to Wow, I really like you, to I love you.' They go straight from 'Nice to meet you, to I love you.' I would love to see all Turkish Drama screen writers improve the development of romance relationships.

-Some cheesy plotting towards the end:

In the last few episodes, there are several reversals of power that were a bit over the top for me and some of the plotting was a bit cheesy.

I'm a softie, and I hate it when writers kill off core characters that I've become attached to. To avoid spoilers, I won't say more, but rest assured, the show does have a happy ending.

The emotionally-packed premise and outstanding acting are the chief reasons why I loved Icerde. But I didn't expect to be 'wowed' by so many other elements that I don't normally even notice in TV series like camera angles and fight scenes.

Would I have liked more romance? Yes, of course, since that is my preferred genre. But much of what I love about romance is the emotion behind it, and Icerde has plenty of emotion. Raw emotion. Emotions that reflect how people really feel, not the covered-over macho-male stoicism so prevalent in American shows.

An author mentor once told me, “People want to feel.” And the rampages, tears, and moments of silent reflection in Icerde certainly made me feel. Turkish Drama's ability to reveal emotions as it “mines the souls of men”—his deepest, darkest evil motives, his pain, grief, all the way to his most spine-tingling moments of love, triumph, and joy—is what sets the genre apart for me. And Icerde is indeed set apart, embodying the best qualities of Turkish Drama.

-Already watched Icerde? Use this episode guide to find your favorite scenes and enjoy the show all over again!