If you're from the US like me, you probably feel a bit embarrassed that your recollection of Turkey's role in world history is a bit fuzzy...or absent all together. To help us better understand the culture and heritage behind the shows we enjoy so much, I've cobbled together a general timeline of Turkish history.

But I bet you'll be surprised at how much is at least vaguely familiar--Constantinople, The Byzantine Empire, The Ottoman Empire, Alexander the Great, the Trojan Horse, Noah's Ark, and the Apostle Paul. Yup, all of these are associated with Turkey's rich history.

Read on! It's really quite interesting!

Who could have ever dreamed that watching gorgeous actors who pull at our heartstrings would be so educational?

*Some key people/events are hyperlinked to a short article with more information.

*Don't miss the two very short videos I've featured in the article. I highly recommend them!

A LONG time ago- It is believed that Noah's Ark came to rest on Mount Ararat, Turkey's highest mountain.

1250 - Era of the Trojan War in Troy. [Remember The Iliad, The Odyssey, and the Trojan Horse?] 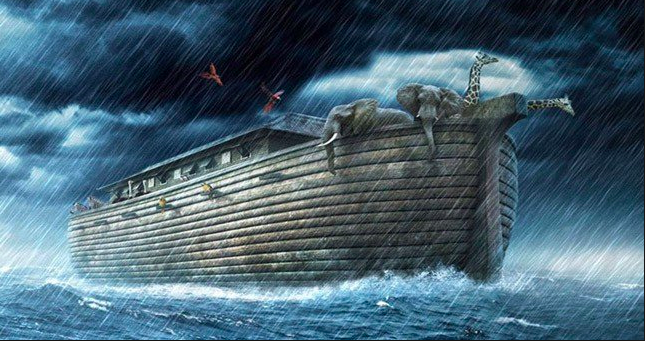 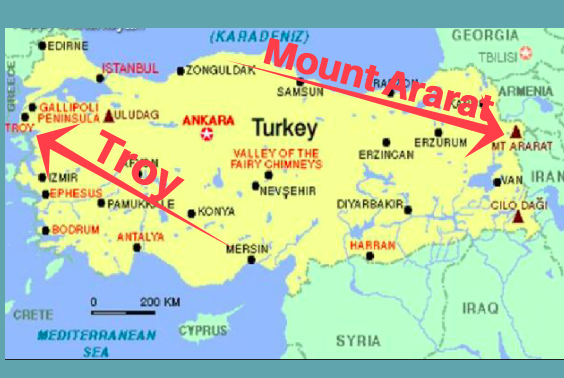 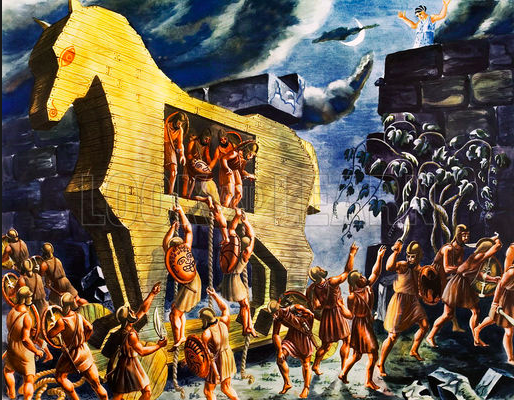 657 - Byzantium, (present day Istanbul) is established by Greeks as a key transit and trading point between the Far East and Europe /Africa.

"Turkey has been a politically strategic location throughout history because its land mass bridges Western Europe and Asia. This unique feature made it a natural route for silk, spices, and other riches traveling from the Far East to Europeans in the west."

546 - The Persians take over much of Anatolia (what is now Turkey).

334 - Alexander the Great (Young Greek leader who studied under Aristotle) conquers Anatolia as he sweeps through the the Persian Empire.

129 - Anatolia (Turkey) bequeathed to The Roman Empire by an heirless king. Ephesus is established as its capital.

47 – The Apostle Paul (born in Tarsus on the southern coast of Anatolia) begins his ministry. His letters to churches in his country and beyond are part of the Biblical canon today.

284 – The Roman Empire splits. The Eastern half becomes known as the Byzantine Empire.

330 – Constantine the Great chooses Byzantium as the new capital of the Roman Empire and renames it Constantinople. (Now present day Istanbul.) He embraces Christianity and builds some of the world's greatest churches, including The Hagia Sophia.

532 - Justinian I comes to power. His accomplishments include codifying Roman law, reclaiming part of the Roman Empire, and rebuilding Constantinople, including the Hagia Sophia. He made his controversial wife, Theodora, his co-emperor. The Byzantine Empire thrives under his tireless, but ruthless leadership. His reign marks the beginning of the Golden Age of the Byzantine Empire. (More about him in the History Channel video recommended at end of this article.)

-During the Middle Ages, Constantinople became a hub of commerce, art, literature, ideas, and a center of vast wealth. In 1024 one Crusader remarked:

“It [Constantinople] was so rich, and there were so many rich vessels of gold and silver and cloth of gold and so many rich jewels, that it was a fair marvel...Not since the world was made, was there ever seen or won so great a treasure or so noble or so rich, not in the time of Alexander nor in the time of Charlemagne...Nor do I think...that in the forty richest cities of the world there had been so much wealth as was found in Constantinople.”

≈570 – The prophet Mohammed is born in the Arabian city of Mecca.

1071 – Seljuk Turks, expelled by the Mongols, pass through Byzantium and are confronted by Roman troops which ends in disaster for the Romans. The Turks take control over much of Anatolia. (Curious about where Turks came from? More here.)

1299 - Sultan Osman Gazi rises to power and is considered the first ruler of the Ottoman Empire.

How did the Ottoman Empire rise to power? Find out in the the short video below.

1346 – 1349 The Black Plague kills almost half of the inhabitants of Constantinople, weakening it as a stronghold.

1453 - The Ottomans conquer Constantinople from the Romans.

"When you think about it, the fall of Constantinople had a direct correlation to Columbus coming to America." (The short video below gives the fascinating details. Takes a minute to load but worth it!)

1520 - Suleiman the Magnificent ascends to power over the Ottoman Empire. He expands it both east and west and oversees the development law, literature, art, and architecture. (The Turkish Drama series Magnificent Century now on Netflix is based on his life.)

1683 Siege of Vienna--broke the strength of the Ottoman Empire and marked the beginning of the end of Turkish domination in eastern Europe.

1915-1916 - The Ottomans (Turks) defeat the Allies (primarily Australian and New Zealand troops) under the leadership of Mustafa Kemal Ataturk. [This is the guy that Kivanc may portray in an upcoming movie.]

1918 – The Ottomans surrender, and the empire is carved up by the Allies. The British occupy Turkey. (Think Captain Billy in Kurt Seyit.)

1923 - The Republic of Turkey is founded by Ataturk, and he is named its first President. Under his leadership Turkey is ushered into the modern-era of Turkey--Islam is removed as the official state religion, government courts replace religious ones, and women gain the right to vote.

Thanks for joining me on this jaunt through history! If this article contains any errors, please contact me through the link at the top of the page. Thanks!

-Want to learn more about the fascinating history of Byzantium, it's emperors, and engineering marvels? This History Channel documentary (44 min) is excellent.

-For more on the Ottoman Empire check out this video recommended by a Kivanç fan from Turkey.