A dashing military hero and a beautiful young woman. A heart-wrenching romance in the midst of war. Tragedy, deceit, heartbreak, and perseverance all wrapped in a saga that had me staying up until 2:00 am and blowing through 46 episodes in a week and still thinking about the show a week later. That was the power of Kurt Seyit and Sura, a Turkish television drama now on Netflix.

Before you moan at the thought of a B-rated movie and subtitles, give this one consideration. I dare you to watch just one episode. The acting of the hero portrayed by Kivanç Tatlituğ

(Ki-Vaunch Tat-li-too) is one of the best performances I have seen. Ever. Touted as the Brad Pitt of the Middle East, his intensity, facial expressions, and raw emotion had me spellbound. Ok, enough gushing. I'll give you the good and not-so-good and let you decide for yourself.

At the dawn of the Russian Revolution, handsome WW1 Russian Lieutenant Seyit Eminof falls in

love with Sura, the beautiful daughter of an aristocratic Russian family. After declaring his love to her in several incredibly romantic scenes, Seyit goes off to war, torn because his father is determined he will marry a Turkish girl.

Fighting beside his three closest friends, Seyit has no idea that Petro, another of the “band of brothers,” has joined the rebelling Bolsheviks and is plotting destruction. When the Revolution breaks out, Russia is forced to withdraw from WW1 and both Seyit and Sura find their aristocratic families the targets of the rebels. After much tragedy and suffering, they escape (along with Seyit's best friend Celil) to Istanbul and make a life amongst a family from Seyit's hometown who owns a hotel there.

But their troubles aren't over. The city is under British martial law and ruled by a ruthless officer who has no fondness for Seyit or his refugee countrymen. When Seyit and Sura welcome Petro with open arms, they have no idea that he is secretly plotting to destroy Seyit and undermine the couple's love at every turn. Will Seyit and Sura's love persevere to the end, or does Seyit's father's decree and Petro's deceit destroy them in the end?

-The main male character. He's an incredibly dashing hero who is almost larger than life—like King Arthur or Robin Hood. But he's also passionate and openly shows his softer side. In a beautiful train station goodbye scene, the robust and powerful Seyit tenderly kisses Sura, then

strides away while brushing aside a tear. So touching! Apparently Turkish men are not shy about expressing their feelings as this wasn't the only time Seyit revealed raw emotion, and there were other male character who shed (real) tears as well.

-Emotional drama and a beautiful romance. The romance remains at the heart of the story with swoon-worthy dialog that is almost poetic at times. Kudos to them for serving up plenty of romance that doesn't rely on graphic bedroom scenes. But it's not all gushy romance. The storyline also includes plenty of compelling action and suspense that ruthlessly beckoned me to watch “one more episode.”

-Interesting insight into Turkish culture, dress, language, and the Russian Revolution. This unusual but colorful setting gives the story an added dimension of interest. I feel more educated for having watched it.

-Strong sense of family, friendship, loyalty, and honor. The beauty of these qualities makes for strong ties among the characters that endeared me to them all the more and made the fractures among them even more heart-wrenching.

-Conniving, deceitful villains that you will love to hate.

-The essence of the production. The culture, directing, cinematography, and acting give it a refreshingly different feel from typical American dramas.

-Casting/acting. Not only was the male lead superb, the performances by the entire cast (including a child actor) were also outstanding. Now that I've “gotten over” hating Petro, I'm appreciating his performance as well.

What I wasn't so fond of:

-Love at first sight. One of my biggest romance peeves are stories where the couple falls instantly in love but are never really shown developing a real relationship. That was the case here. Granted, this was a true story, and apparently Seyit and Sura did fall in love at first sight, but the other romance subplot was a love at first sight scenario as well.

-Plot becomes melodramatic at times. About 2/3 of the way in, it becomes a little soap opera-ish as the plot branches into subplots. However, this is somewhat understandable as the drama was a television show and there was no way for producers to anticipate how many episodes/seasons they would have to draw out the main storyline.

-Subtitles. Sometimes the subtitles flashed a little quicker than I could catch, and I'm fairly sure there were times the translation was “off.”

-Soundtrack. The music itself was fine, they just recycled the same tracks too much for my taste. It may not have been so noticeable had I not watched all 46 episodes in such a short span of time.

-Other minor qualms: As you would expect from any saga spanning this many episodes, there are some character inconsistencies and implausible scenarios. Also, at one point a narrator technique was employed as part of the storytelling method that falls flat, and thankfully they discontinued it.

-Ending feels rushed. When it became evident the show wouldn't last, they wrapped it up, and it feels rushed. I'm going to tell your right here that even if you don't like spoilers, this is one story you may be mad if you don't read my little spoiler as it was reviewers' number one complaint. I'll keep the spoiler vague, and if you want full disclosure, you can find more details on the Netflix reviews. ****Spoiler alert: Although the story does have a happy ending, it's probably not the ending you would prefer. It wasn't my preference, but given the circumstances of the story and the fact that I had a clue it was coming didn't make it too distasteful. I'm certainly not sorry I watched the show! ****End spoiler.

I found it to be a riveting romantic drama that provoked powerful emotions as it whisked me back to an unfamiliar, but interesting, time and place. For those who appreciate good acting, the show is worth watching just to experience the stellar performance by lead actor Kivanç Tatlituğ. Go ahead. I dare you. See if you can stop at one episode.

*If the relevance of the Russian Revolution, Istanbul, and other historical backdrop details of Seyit and Sura have left you baffled, check out my post on its historical context here.

*What was it like to be on the Kurt Seyit set with Kivanç? Go behind the scenes with Nermin Bezmen, the author that inspired the Kurt Seyit TV series and read my interview here.

*News flash! Seyit's youngest brother Osman did not die! Read about it here.

*For more on the author of Kurt Seyit ve Sura, Nermin Bezman, and her relationship to Seyit and Tina (Sura's) sister as well as her involvement in the TV series, go here.

*Looking to watch more of Kivanc Tatlitug? He has another show on Netflix, A Butterfly's Dream, where he play a character so different from Kurt Seyit I hardly recongnized him.

romance on Netflix about an ex-boxer who falls in love with a blind woman, but when he must return to boxing, his past nearly destroys their future together. Watch trailer here. 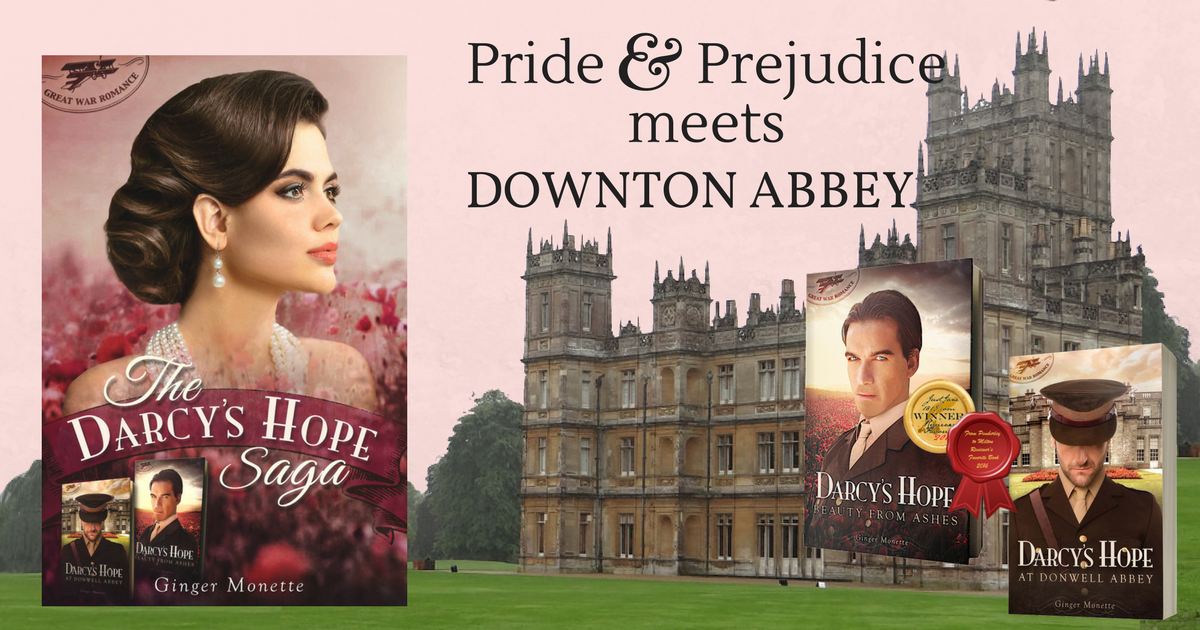 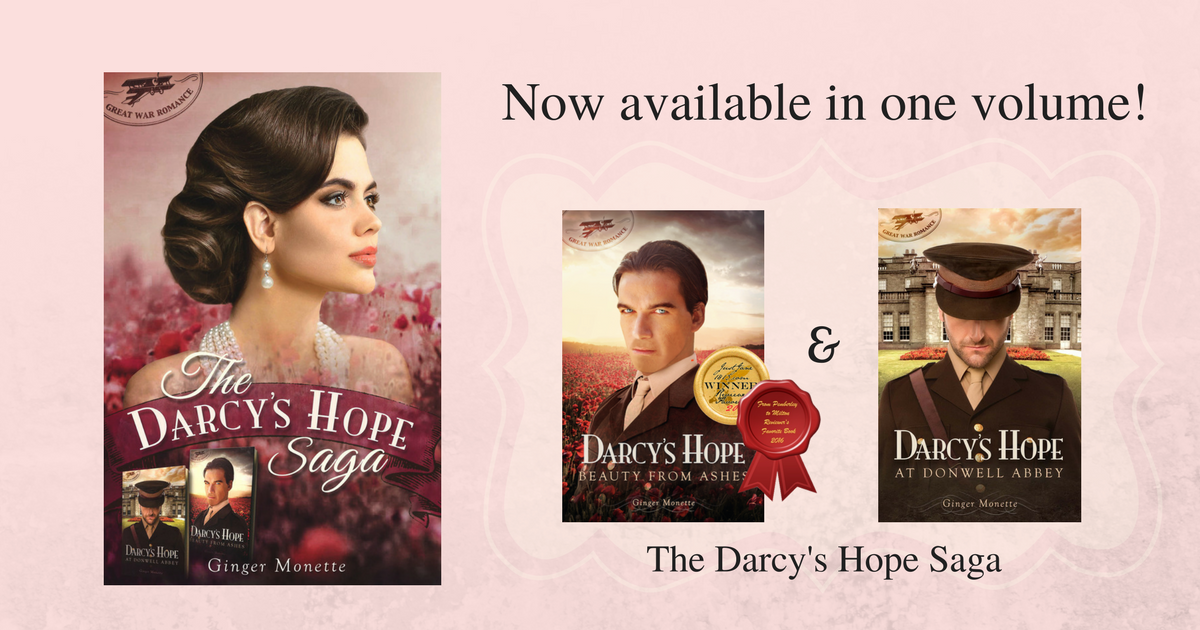 Do you love Pride & Prejudice and Downton Abbey? Check my Darcy's Hope Saga.

"...a stellar example of fine Austenesque literature. Ms. Monette has crafted an exceptionally moving story complete with a compelling plot, danger, mystery, action, introspection, vivid detail, and an emotionally wrought romance. Even if you are not one to enjoy war stories, I entreat you to give this one a try!

If you love Period or Turkish Drama, Downton Abbey, or Jane Austen, join me on Facebook!